The long call of the wild

It's pitch black, wet, I'm cold. Where did I get into? And especially why? Sure, writer, performer, starving artist etc... Sometimes you can't choose, and the job sounded simple and lucrative. “Meet up with LONG DISTANCE CALLING, listen to the new record BOUNDLESS, chat with the guys and make a nice bio out of it,“ says a shady manager on the phone. OK, I'll drive over to them. But how the hell these four guys managed to get me on a mountain... remains a mystery.

Let's start from scratch: LONG DISTANCE CALLING. Bassist Jan Hoffmann, guitarist Dave Jordan, drummer Janosch Rathmer, and guitarist Florian Füntmann. From Münster, Germany. With their first three albums SATELLITE BAY, AVOID THE LIGHT and LONG DISTANCE CALLING, the four of them have already roamed on unexplored territory. Their timeless, atmospheric instrumental rock not only inspires traditionalists with a penchant for guitars, vinyl and compact discs, but without epic hits like “Black Paper Planes” no serious streaming playlist is complete. But as it goes with explorers, things have to go on at some point - even Columbus had plans after the discovery of the American continent. At some point, the drawer with the tag “Instrumental Post-Rock” simply gets too small. 2013, the band decides to take a big step and introduces Marsen Fischer as steady singer.

I knock on the heavy wooden door of the Principal Studio. Producer and studio owner Vincent Sorg opens: “Well, there you are at last - everybody's waiting for you.” Not the best way to start this. Right before we reach the control room, he takes me aside. “You gotta watch out. The boys are a little, let's say, tense. You're the first to hear BOUNDLESS” he explains to me just before I suddenly bang my head on a low beam. I feel a hammering pain as I greet the four musicians hanging out on a worn-out couch. The initial greeting goes smooth: “Hello, gentlemen! How's it going? Hope you're all fine!” But with my clumsy remark “So we're still waiting for the one with the voice, right?”, I put my foot in my mouth straight away! The atmosphere, already uncomfy so far, changes to frosty. LONG DISTANCE CALLING recorded their new album without a singer – and nobody cared to tell me.

To defend myself: it was a bit difficult to keep track of the situation. THE FLOOD INSIDE, recorded together with vocalist Fischer, was a celebrated success that made it into the German and Swiss charts. The next album TRIPS even climbed to #23 in the German charts. By that time, Fischer had long since been replaced by the band's intimate friend Petter Carlsen. By the end of the year however, LONG DISTANCE CALLING returned to the stages as a pure instrumental quartet, and celebrated the tenth anniversary of their debut with the acclaimed “An Evening with Satellite Bay” tour and on the festival stages. So much for the facts.

I apologize, embarrassed for my faux pas. In order to make up for the lost ground, I agree
with the suggestion of accompanying the four gentlemen on a promotional trip which is due to take place soon. “I'm down with it,” I yell, secretly thinking of expensive hotels, good food, and lots of silly fun. Just a few days later, I find myself standing in front of a massive mountain structure in the Dolomites in absolutely miserable weather, and almost choke due to exhaustion. As I gasp for air, bassist Jan Hoffmann provides me with an urgently needed sip of water. I return the bottle to him, which gives him the opportunity to restore lost confidence in my professional competence as a band biographer. “Well, Jan, let's get straight to the core! You have tried to expand your sound cosmos with full-fledged vocalists. Why this reduction back to your instrumental core competence as a quartet on BOUNDLESS?” I am moved by the power of my own question and the beauty of its wording, and I see myself already sitting in German talk shows, awarded with the Henry Nannen Prize. But Jan seems to be completely unimpressed - must be the unfamiliar mountain air. “We always write the albums in a room with four of us. That's why it always sounds like us, the core doesn't get lost. Now get ready, we have to move on.” When I crawl into my sleeping bag a few hours later, tired to death, I remember these words again. If BOUNDLESS sounds like anyone at all, it's LONG DISTANCE CALLING. Four musicians, four totally different but strong characters. It was certainly not an easy process for them to realize that they would be really happy only as a quartet, and to admit that, too. Especially the concession resulting from this, to be not completely at peace with the last two records, is painful for the musicians. On the other hand, however, it is precisely in this constellation that they are able to create something as unique as BOUNDLESS – which is not only due to the hardest riffs in the LDC history.

Shortly after the first rays of sunshine woke me up from an uneasy sleep the next day, I meet drummer Janosch Rathmer in front of our hut and manage to make a successful first contact by producing an eloquent: “Mornin’.” Slowly but surely, a tender pas de deux develops on the dialogue dance floor. Janosch reveals: “We wanted to focus on what we started with. Maybe that's why BOUNDLESS turned out so hard - we all started with metal back in the days,” he smiles. “We took the liberty to let the songs grow, built in beats and textures right from the start this time and didn't add them in afterwards, like we used to do”. That calls for the first coffee of the day. The smell attracts the guitar duo Dave Jordan and Florian Füntmann. Dave likes to talk, even with his hands. “This time we worked very intuitively. Someone starts, and something develops from this. This way, you achieve an enormous sonic scope – and you can hear that on BOUNDLESS.” Füntmann, on the other hand, is a rather relaxed type who emphasizes the interaction of the quartet with each other and the collective handling of the dynamics between loud and quiet. I begin to understand.

‘Out There’, the opening track on the album, starts as a typical LONG DISTANCE CALLING groover, throws in a few indie melodies, but ends with mighty riffs. No wild mix of styles, but a precisely composed and precisely arranged introduction to an almost fifty-minute parforce ride. “Each song is a trip in its own way,” Jan ponders. “Maybe not so much the tonal content, but rather the emotion.” ‘In The Clouds’ also features classic rock components paired with a dark ‘In The Air Tonight’ vibe. ‘Weightless’ is kind of the opposite experience, tricking you with easy reggae grooves in deceptive safety, before the wild ride starts and stops in Birmingham for an exploding Sabbath memory riff. But the Germans don't only rely on the rough stuff on their sixth album.

The main theme of ‘The Far Side’ is reminiscent of the melancholic soundtracks of the “Timm Thaler” era (the boy who lost his smile, remember?), and ‘Like A River’ could be used as the perfect musical background for a modern Jarmusch western with its light Calexico vibe. “We're even more focused on interaction among each other these days, which creates a very special dynamic and energy that sets us apart from all other bands,” says Füntmann proudly. “’On The Verge’ is driven by finely balanced loops and beats; percussive sounds play a greater role than ever before. This is not new for us, but it's better embedded into the songs now,”
Janosch explains. Thus, BOUNDLESS can flourish and thrive in a completely different way, which means it stands strictly speaking in the tradition of typical German sounds. On this new album, LONG DISTANCE CALLING play around with sounds similar to early Krautrock or Electro, arousing emotions and daring to experiment. “It's more like a random chemical reaction, though” Jan laughs. “There's a lot of chaos under the surface. It is because we approach things completely without any calculation, but rather do what feels good. And sometimes you just jump out of the plane, but ascend instead of falling down”. So what do you call this now? Trip rock? Kraut tracks? It doesn't really matter, as long as the results of the procedure is as internationally competive as BOUNDLESS is. All that sounds pretty reasonable, doesn't it? And for that I had to be dragged around the bush and mountains for days? It probably would have been possible to discuss all that on the phone or in the studio, wouldn't it? “No,” says Hoffmann, adjusting his sunglasses. “It's all about getting out of your comfort zone, discovering new things - just like on the mountain,” he says, putting headphones into my hands, pressing the “start” button - and suddenly, everything makes sense. LONG DISTANCE CALLING tear everything down and let it blossom again. BOUNDLESS sounds like freedom found again, sometimes weightless, sometimes oppressively heavy. Climb to the summit to tumble down again in free fall. Except that you're suddenly flying up and not down. A counter reaction in order to avoid repetition? Maybe. Be that as it may - it's finally a reason not to be ashamed of German music.

A few weeks later I get an email. “We're mountaineering. You coming? LDC”. 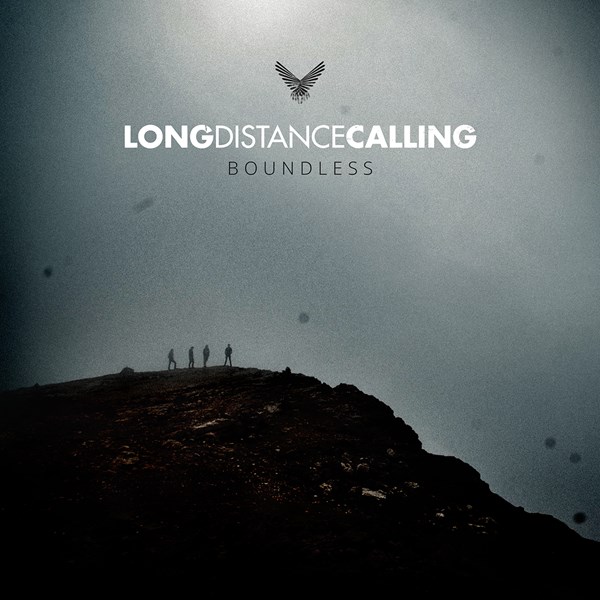