CALIBAN are excited to release the first song and video taken from their upcoming album, “Elements”. Everybody who came out to their highly successful “Darkness Over X-Mas”-Tour could already check out “Intoxicated” live. The video was produced by Iconographic.
Get “Intoxicated”: https://youtu.be/9iznstzxsMs

The band about the album cover: “We used the elements Earth, Air, Fire, and Water as symbols for realization, ideas, power, and emotion,” guitarist Marc Görtz explains. “These symbols inspire us to continue to do what we love the most, which is to create, evolve, and be inspired by our music. And these elements directly correspond to the cover art, which was done by Marcel Gadacz (Dream On, Dreamer). He did the art for ‘Gravity’, so we’re happy to have him back.” For “Elements”, CALIBAN brought back long-time collaborator—going all the way back to 2007’s “The Awakening”—and studio wizard Benny Richter to co-produce with Görtz at his Nemesis Studios. CALIBAN also hired on Germany-based Andy Posdziech (Any Given Day) and buddy Sebastian ‘Sushi’ Biesler (Eskimo Callboy), as well as Australia-based Callan Orr (Dream On, Dreamer) to assist in the recording process. “Elements” was mixed by Görtz and mastered by Olman Viper, whose repertoire includes previous CALIBAN albums “I Am Nemesis” (2012), “Ghost Empire” (2014), “Gravity” (2016).
“The production on Elements was pretty different,” says Görtz. “The instrumental side of the production was produced by me, Andy, and Callan. Then, Benny and myself worked on fine-tuning the music. The vocals, however, were produced by Benny, with Sushi acting as a vocal coach. We wanted Benny to focus on the vocals and the vocal production. Getting them right was very important to us.” 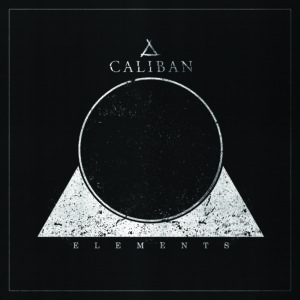